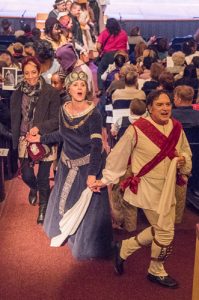 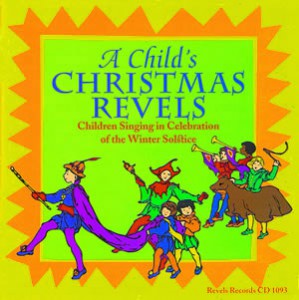 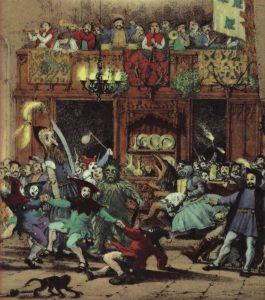 Then the lights went down and the performance began. Of all the Christmas Revels themes to “re-enter” with, the 2012 Haddon Hall production may have been pretty close to ideal: a veritable Revels “greatest hits” collection, filled with songs and dramatic readings found on the CDs we’d never stopped listening to, and with familiar guests artists we’d seen many times before. 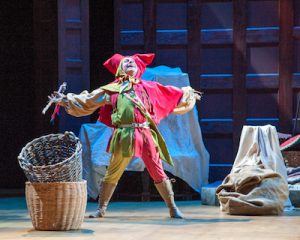 Yet while these staged elements were certainly familiar and comfortable to us, the real magic was in those moments when the house lights came up just enough to read the program and sing along — when it didn’t matter whether this was your first Christmas Revels or your thirtieth — and you were enveloped by the sound of over 1,000 voices all around you! Making these moments even more special was the music itself, and while we sang some familiar carols, it was the selections that you couldn’t hear on the airwaves or in shopping malls — what you might call “Revels favorites” — that were most powerful. Working together to sing a round for peace like “Dona Nobis Pacem” as quietly as possible forged those casual links, formed between audience members chatting before the show, into a unified purpose that meant far more than a simple evening’s holiday entertainment, whether you chose to sing or to listen.