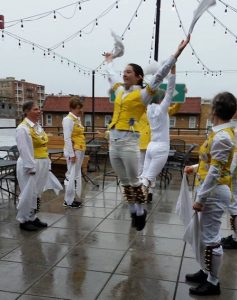 Libby Chamberlin is thrilled to be joining the Washington Revels this winter as a member of the chorus and dance captain. She is a veteran of the Revels North chorus and has also performed with the Revels, Inc. outreach ensemble as a dancer in a number of community events over the years. Libby debuted with the Washington Revels in Lord of the Dance in 2015 and is honored to dance that role now three years running. Libby also dances with the Rock Creek Morris Women, DC’s women’s Morris team, and Maple Morris, a collective comprised of dancers from the US, UK, and Canada. Libby’s claim to Québécois fame is that she was featured, hand carving a shovel, in the Official Tourist Guide for Eeyou Istchee – James Bay.

Libby serves in the United States Senate and is currently pursuing her Master’s in public policy at the George Washington University. 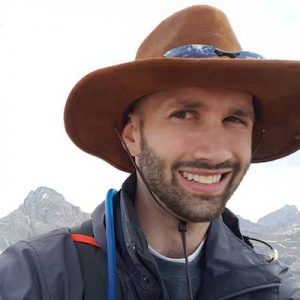 Michael Haycock lives in Northern Virginia, though he is originally from Lima, Ohio; he got his bachelor’s degree at Yale, where he sang in the Glee Club through all four years. Curiously, Lima and glee clubs are also combined on the TV show Glee, though with some major inaccuracies! Though he took a detour from political science to get a master’s in American religious history, he currently works in government relations.

This is Michael’s third consecutive year participating in Revels. While he previously knew little about Québec, he has a couple of French Canadians in his family tree, and is excited to explore the culture.

Ten-year-old Tatiana Amy Alexandra Johnson is a fifth grader at a Public Charter School in Washington, D.C. She loves all things artistic, including drama, drawing, dancing, and singing, and she also loves to travel all over the USA and around the world! Tatiana is so happy to be in the Washington Revels productions this year and she hopes to participate every year going forward if possible. She and her family are thankful for the great opportunities presented by the Washington Revels team.