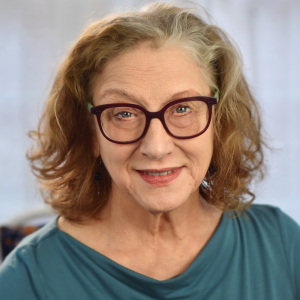 Roberta Gasbarre is most well-known in the Washington Revels community as our Artistic Director, but she is also officially the Education Director and the Christmas (or Solstice) Revels Stage Director. Before her time with Revels, Roberta was already directing and choreographing professionally in the DC area.

Roberta learned about Revels through her friend Gayle Behrman Jaster, who also worked in DC theater. Like so many women, they were introduced because they had children of a similar age. Gayle invited her to watch The Christmas Revels in 1990, and Roberta says “I could not figure out what it was… ‘Where’s the plot?’” She says it was unlike anything she had ever seen before.

The next year, Roberta agreed to choreograph “Children Go Where I Send Thee” for the very first Revels teen chorus. The year after that, Roberta asked, “what are the teens going to do this year?” and when she was told “that doesn’t happen every year,” she replied, “why not?” Her enthusiasm led to the teen chorus becoming a recurring and beloved fixture in the DC Christmas Revels.

Roberta began her theater career running a dance studio in Anacostia and serving as the Production Coordinator for Arena Stage’s inner city outreach company. These experiences helped Roberta internalize the importance of diversity and representation. When she initially joined Revels in the 90s, she says, “I was disappointed at how we were so focused on Western Europe… it just was very very eurocentric.” She is working to diversify the Revels community and the shows, as she has been doing since 1991. Roberta is of Italian-Polish descent, so she recognizes that it is not her place to share the traditions of other places and peoples. Instead, she reaches out to and partners with authentic tradition bearers from the countries and communities she wants to invite into the Revels circle.

Roberta believes it is important that women be in leadership roles, because “we lead with heart, and an intuitive sense of allowing people to come into the circle.” That’s not to say men can’t lead with heart, but Roberta specifically connects to the long tradition of women taking on nurturing roles, because her job makes her think “of a woman making room around the fire for everybody… the fire of our hearts and the singing and the warmth of celebration and joy.”

In addition to women in leadership roles, Roberta talks about how special and unique all the women are in the Revels community. She believes Revels helps “many many many different kinds of women to find the creativity and heart and strength that they have inherent in themselves.” Roberta highlights the importance of celebrating diverse ways of being a woman and expressing oneself, while still being united in a community.

Roberta was excited to talk about the silver linings of the pandemic, especially because of how it pushed Revels into a more creative, community-based approach to celebration. Roberta says the pandemic was an opportunity, “because we weren’t so focused on a gigantic Lisner Christmas show,” to celebrate holidays all year long, from multiple religions and traditions, “and raise it out of the community that was already here.” As Roberta points out:

Looking to her own future with Revels, Roberta says, “I would love to see what Revels Kids could be, and I would like to be involved in that.” Even though the pandemic has drastically altered Roberta’s job even further away from traditional theater, she is joyful about the possibilities for innovation, and she is confident and optimistic about the future of her work with Revels. She says, “My job at this point, especially since I’m not directing, is to love everybody. And what a great job.” 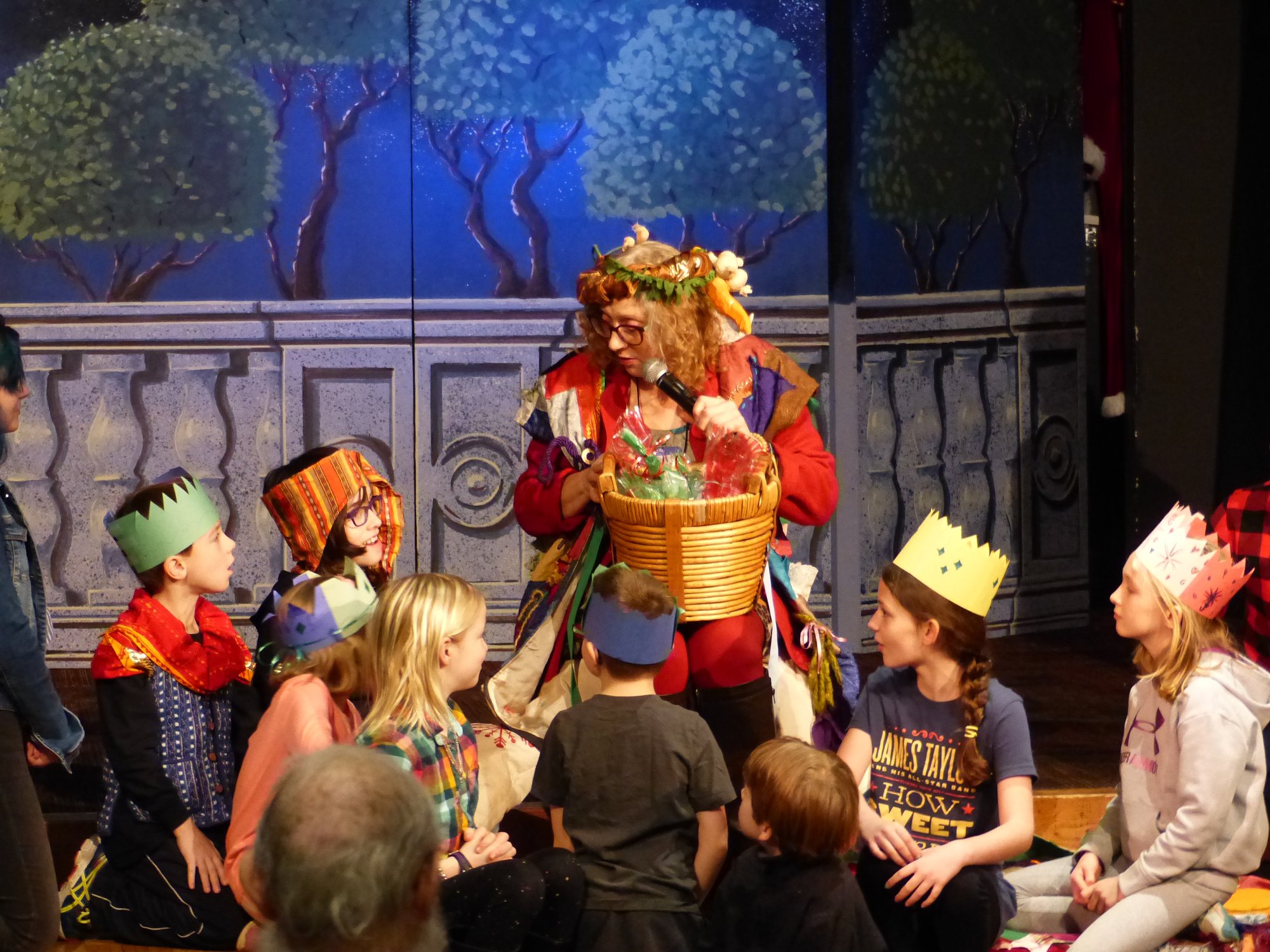 Roberta as Lord of Misrule, surrounded by Revels Kids