Freedom and the Fourth of July 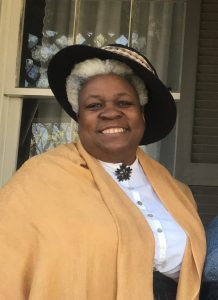 “This Fourth [of] July is yours, not mine. You may rejoice, I must mourn.”

On July 5, 1852, Frederick Douglass delivered an address at an event in Rochester, New York commemorating the anniversary of the signing of the Declaration of Independence. His moving speech included the following:

“What, to the American slave, is your 4th of July? I answer: a day that reveals to him, more than all other days in the year, the gross injustice and cruelty to which he is the constant victim. To him, your celebration is a sham; your boasted liberty, an unholy license; your national greatness, swelling vanity; your sounds of rejoicing are empty and heartless; your denunciations of tyrants, brass fronted impudence; your shouts of liberty and equality, hollow mockery; your prayers and hymns, your sermons and thanksgivings, with all your religious parade, and solemnity, are, to him, mere bombast, fraud, deception, impiety, and hypocrisy — a thin veil to cover up crimes which would disgrace a nation of savages. There is not a nation on the earth guilty of practices, more shocking and bloody, than are the people of these United States, at this very hour.” 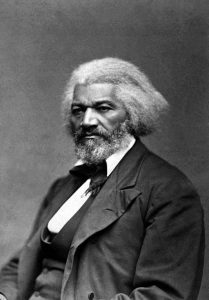 Douglass’ words reveal the reality that the Founding Fathers’ vision of freedom in the Declaration of Independence did not include enslaved people, who were considered then property or livestock. His speech included the sights, sounds and stories of the enslaved, and of his own experience under slavery, underscoring the hypocrisy of celebrating freedom while benefiting from “cargoes of human flesh.” His words were a warning to the young republic — then 76 years old — to reconsider this paradox.

Douglass’ fiery oratory — and his tireless advocacy — galvanized the abolitionist movement and inspired freedom seekers to find their promised land: people like Harriet Tubman, Josiah Henson, William Still, Harriet Jacobs, the Edmonson sisters, the valiant United States Colored Troops, and countless others. Their efforts helped lead our country from the dark chapter of chattel slavery to the joy of Junteenth (June 19,1865), when, more than two years after the signing of the Emancipation Proclamation, enslaved persons in Galveston, Texas received word that slavery had been abolished. Today, Juneteenth events celebrate the end of bondage, and our Fourth of July celebrations honor the words of the Declaration of Independence, and the contributions of those who fought to bring freedom’s promise to all. 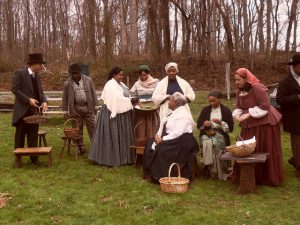 For the last eight years, the Washington Revels Jubilee Voices have honored these brave fighters for freedom in song, spoken word, and more. We also celebrate the lives of those whose names are lost to us, for they are part of American history, too. These songs, stories and traditions help us all to learn more about the contributions of African Americans to our society and history. The lives they lived, the battles they fought, and the triumphs they experienced inspire of us — regardless of race or ethnicity — to celebrate the blessings of freedom and to continue the fight for equality and justice.

For more from Andrea about Jubilee Voices and the intersection of music, history, and Civil Rights, read her article “From Spiritual to Freedom Song: Tracing the Road to Freedom through Music.”