The Music that Weaves Through Our Life (Part 2)
Coming Full Circle: A Year, A Song and a Special Revels Teacher 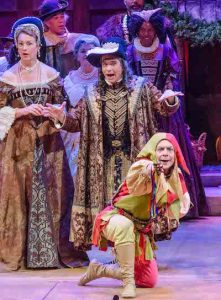 A guest post by Anna White (continued from Part 1)

Timbered Lake opened with “Carry the Dream” …Carry the dream…carry the dream a little further…carry the dream a little further into the day…for those of us who’ve fallen on the way…and as the words and melody wafted through the air and patrons munching on popovers and sipping juice and their hot beverage of choice, I thought of the man who co-founded the soup kitchen and cafe, of Oran, of well known and lesser known people working to make this a better world, of relatives and ancestors, whose dreams, ideals and aspirations we carry on.

And as the husband-wife duo continued to sing a monarch butterfly fluttered up and around the woman singer’s head, like a blessing, and then off again, the third or fourth generation and leg of a journey that spans thousands of miles, from Mexico, over the United States, to Canada and back again, an annual migration that still defies complete scientific understanding. How is a butterfly from Canada able to navigate all the way to the grove in the mountains of Mexico that their great grandparent left from? It’s a mystery that’s a bit magical. In Mexico, the butterflies arrive around the time of the Day of the Dead festivities and it is believed they are the spirits of returning loved ones. I remembered on the first day of fall last year discovering a beautiful green and gold-spotted chrysalis under a milkweed leaf in our backyard. A couple weeks later the chrysalis darkened and then, on a cool and windy day, a beautiful monarch butterfly emerged from it. A week or so later, Oran “birthed his butterfly” as his wife poetically wrote, so when our family sees monarchs we think of him.

After a beautiful set, including a favorite from the year before “Look at Me Again” … Brother do you judge me for the color of my skin.. Brother do you judge me for my country of origin…Brother if you judge me, look at me again…For I am every man who seeks his freedom…I am every man seeking freedom…and a moving new song…Mni wiconi...Water is life…, Timbered Lake closed by singing “Carry the Dream” again…Take a moment…a moment to remember those who’ve tasted tribulation and desolate pain….raise a lantern…clear a pathway…stir the embers…may the weary among us find strength of heart again… 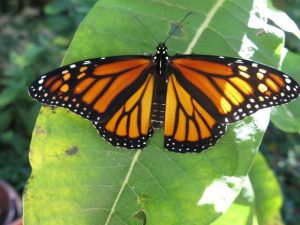 Two days later we were back in Southwest Harbor, this time in the evening, to see David Mallett in concert at the Legion Hall. We were lucky to find seats near the front. The show appeared sold out, the long room jam-packed, with people standing in the back. When will it start? our children asked impatiently. Soon. After much anticipation, finally David Mallett himself, with three accompanying musicians, came out. His hair was white, his face weathered, and his body slightly hunched. During the decades that had passed since his performance immortalized on youtube, he had aged. And for a moment I wondered if indeed this was the same person, however as soon as he picked up his guitar and started strumming, it was clear that he was The posture of his body and the certain way he positioned the guitar on his leg and strummed a forceful rhythm was the same. And his songs were good, really good. Though it was our first time listening to them, they were clearly known and loved by this audience of long time fans… “Summer of My Dreams”… “Celebration”…. “Ten Dark Men”… We had been prepared to make a request for “Garden Song,” but didn’t need to. During the middle of his first set, he gave a little intro to it, before commencing to pluck familiar notes and launching into the song…Inch by inch, row by row…Someone bless these seeds I sow…Someone warm them from below…Till the rain comes tumbling down

During intermission, CDs were on sale and we decided to buy two, but which two? It was a hard choice. We finally decided on “Greenin’ Up,”a compilation of his classic songs, including “Garden Song,” that celebrate farming, the natural world and rural life, and his newest album “Celebration.” Then we settled in for the second set, also great. Afterwards my husband took our son up to meet David Mallett and have him sign one of the CDs we had purchased. It was crowded and hard to maneuver through the people. Finally they reached him. What to say? “Our son learned ‘Garden Song’ in a class” hardly captures the significance, the serendipity, the full story. “Yes, it is a popular song,” David Mallett replied, in a way that made us wonder if it was one of those songs that a singer is compelled to play over and over again for the rest of their life when they’ve moved on to other songs, or that becomes the only song they are associated with when there are so many other songs they’ve written. We don’t know. What we do know is that “Garden Song” was the song that led us, like a stepping stone, to this concert and a deeper understanding of the breadth of David Mallett’s songs and talent as a song writer and musician. We later played his CDs over and over in the car as we drove back south. A new favorite of ours is “Celebration” , a song that feels like it could help heal a divided nation, serve as an anthem for our country and these times…This can’t be our destination…This could be a better nation…We can change the situation…Need a brand new generation…This could be a celebration…now…

Upon returning to Silver Spring, we decided that the autographed David Mallett CD with “Garden Song” really belonged to Washington Revels, where this story all started. A song coming full circle. And small gesture of appreciation for Revels much-loved kids programming and much-loved teachers, both past and present, who have nurtured and continue to nurture our children’s often boisterous spirits in the garden of their classes.

I am thinking of Oran this week, as my son attends rehearsals for this year’s Christmas Revels and my daughter eagerly looks forward to her next Little Dragons class, as the air becomes crisper, the harvest comes in and the autumn leaves fall once again, and as the monarchs that have been fluttering about still blooming flowers migrate further south. Another circle of the year. And I am thinking about how music weaves through life, carrying dreams and memories, connecting people to each other and that which is sacred through time and space. How one song leads to another. How people go in and out of life and voices may be lost, but the song goes on…Pulling weeds and picking stones…Man is made of dreams and bones…Feel the need to grow my own…Cause the time is close at hand….

This could be a celebration…