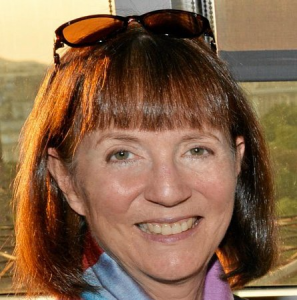 Sheri grew up in southern California, but has also lived (in this order) in Saudi Arabia, Texas, North Carolina, and now Maryland. She has sung (always alto) in choruses throughout middle school, high school, and college, as well as with the Houston Symphony Chorus for 5 years. Her dancing began in Saudi Arabia, with a small American group doing international folk dancing. Sheri continued her folk dancing when she returned to Houston to complete her graduate work in public health. Over the following 30 years, she has learned the dances of many countries, but she has also learned many dances closer to home: Appalachian clogging, vintage and swing dancing, and French-Canadian dances like La Bastringue. In the last few years she has focused on expanding her Scandinavian couple-dancing repertoire.

Sheri met fellow Revels chorus-member David Auty as dancers in Houston and eventually married there. Both have participated in and co-directed volunteer Romanian, Bulgarian, and Hungarian dance performances for international festivals. They have been married for 28 years. This is Sheri’s 2nd Revels show. 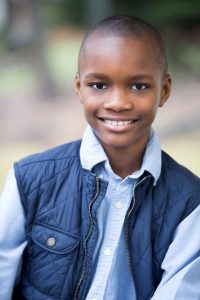 Chase Graham is a bright and talented 10-year old student/actor/athlete and 1st time Reveler. Chase is a high honor roll student in the gifted program at his school, where he takes advanced reading and math classes. He currently plays basketball and baseball, and has a green belt in mixed martial arts. He is also a proud member of the children’s choir at his church.

Chase’s mom wished for Chase to be selected for a French-immersion school several years ago, but he was never selected. So it’s an amazing coincidence that his first chorus experience is a French/Quebec production that involves learning and singing in French!

While this is Chase’s first “on stage” production, he’s no stranger to the small screen. He booked his first television role last year when he portrayed top 5 NBA draft pick Kris Dunn, whose success story on and off the court premiered on ESPN. Since then, Chase has filmed several industrial videos, print ads, web promos, and most recently, an episode on TV One’s new crime series Thou Shalt Not.

Chase is excited about this new opportunity and is having the time of his life with the children’s chorus! 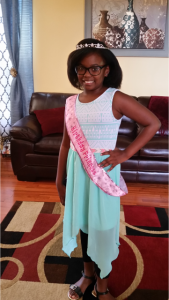 This is Caitlin Anderson, a spunky, energetic, outgoing and friendly 10 year old.  Caitlin has a love for the dramatics and especially loves to sing.  As apart of her French Immersion program at school Caitlin has visited Montreal this past May and looks forward to her visit to Quebec in May 2019.  Caitlin currently sings in her school choir and is learning to play the cello. She also dances with the Children of Praise dance ministry at her church.